A Living Composer A Day

I promise to blog about other subject than Twitter, but a recent thread has some relevance with what we're trying to do here at WTJU.

A group of classically-minded Twitters started a thematic listening group, with the theme changing monthly. The idea is to listen to at least one work that follows the theme each day of the month (or at least, the weekdays). In May, this ever-growing group of participants agreed to listen to music by a living composer every day.

Of course, some names might spring readily to mind, such as John Adams and Philip Glass. And if you live near a music school (as we do here in Charlottesville), some local composers may get added to your list (Judith Shatin and Walter Ross are on mine). But how many more could you name? Enough to listen to a different living composer every day?

Not to worry. Twitter is indeed a social medium, and like any good conversation, so you can get as well as give information. Part of the fun with this daily challenge is sharing what you're listening to, and another part is discovering new music through the suggestions of others.

Here's a partial list of what the #livingcomposeraday folks have enjoyed this month. How many are new to you?

What composers would you suggest? What works by those composers?

We try to present a wide variety of contemporary classical music here at WTJU, but the discussion around #livingcomposeraday shows that there's much more out there to discover.

If you'd like to participate in the composer a day challenge and discussion, simply make sure to include the hashtag #livingcomposeraday (no spaces) in your tweet. You can also search the thread either in Twitter, or by using search.twitter.com or other search engines by using the hashtag as a search term.
Posted by Ralph Graves at 7:30 AM No comments: Links to this post

New media, new rules of engagement -- or rather, new opportunities for engagement. The Toronto Luminato Festival of the Arts did just that recently when they invited the world to help shape their event.

The Luminato Festival turns the streets of Toronto into a massive celebration of the arts in all its diversity -- music, film, drama, dance, art, literature, design and more. As their website states "Luminato embraces three key programming principles: collaboration, accessibility, and diversity."

They employed those principles to select a fanfare for the event. Composers could submit videos of groups playing their original fanfares for consideration. The top three submissions were put to a vote. The fanfares were posted on YouTube as well as embedded in the Luminato site. Visitors voted and the fanfare chosen through ballot. You didn't have to be a member of Luminato to vote, or a Canadian citizen, or anything.

The fanfare was chosen through collaboration with the Internet audience, and made accessible through the same. Now that's staying true to your principles!

It not only presented three new compositions to the world, but also let the world respond to them. Now that's an exciting concept. Below are the three finalists, the bottommost is the winning composition, the Majestic Fanfare in E-flat major, by Robert Johnson.


Posted by Ralph Graves at 7:09 AM No comments: Links to this post 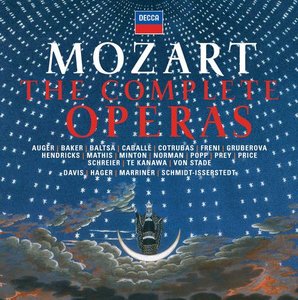 When I blogged about the #Operaplot Twitter competition last week, I promised an update with a list of winners and how my entry fared. Music critic Marcia Adair hosts a yearly competition on Twitter, where the challange is to sum up an opera in 140 characters or less.

As always, many people responded with clever and creative entries. Five winners were chosen,and from that one -- Sam Neuman -- was selected at random to receive the top prize -- Two tickets to Dublin's Opera Theatre Company production of The Marriage of Figaro, along with  flights and lodging for three nights.

Here's his entry. See if you can guess the opera:

Father is less than enthusiastic about son’s love affair with aging, bankrupt, terminally ill prostitute. Can you believe it?

So how did I do? Better than I thought. I was one of the three runners up, for which I'll be receiving -- courtesy of Decca -- a 44 CD set of Mozart's complete operas.  Next to the honor of placing "in the money," though, the greatest thrill for me was a mention in Anne Midgette's the Classical Beat.

It's been a great week!

Be sure to check out all the winning entries at the Omniscient Mussel.
Posted by Ralph Graves at 7:40 AM 1 comment: Links to this post

The great Italian mezzo-soprano Giulietta Simionato died May 5 in Rome, just a week short of attaining the age of 100. She had a long and distinguished career singing more than 50 roles in the great opera houses of the world. She sang the great Verdi mezzo roles, but she was most comfortable perhaps in the bel canto operas of Rossini, Bellini, and Donizetti.

She was a diminutive woman, but she was a capable actress as well. The term "singing actress" usually makes opera singers cringe, since it connotes more acting skill than vocal distinction, but in Simionato's case it was simply a statement of fact. She was a fine actress, but she also possessed a powerful mezzo voice with a particularly warm and vibrant lower register. She was admired by colleagues on the stage and by the great conductors of her day, including Tulio Serafin, Arturo Toscanini, and Herbert von Karajan, to name just a few.

In Simionato's day and before, the opera stage, particularly the Italian repertoire, was dominated by Italian singers. The roster of singers of that time included such names as Del Monaco, Stignani, Bergonzi, Siepi, Caniglia, and so many more. Today's opera world is more international, but at the same time the wellspring of distinguished Italian singers is much diminished. Simionato, who grew up in poverty, began singing to make a living. She was disciplined and hard-working, because she had no other choice. Fortunately she was also blessed with the makings of a superb singing voice. Together with excellent technique and her fine acting skills, she made a great career for herself on the stage.

Today, young Italians do not see the opera stage as a way out of poverty. Fewer young Italians attend church regularly, hence fewer learn to sing in church. Maybe the way out for poor young Italians is football or, for the lucky few, higher education. With Tebaldi, Corelli, and the others of her generation gone, Simionato's death spells the end of an era of full-voiced, full-blooded Italian singing.

Email ThisBlogThis!Share to TwitterShare to FacebookShare to Pinterest
Labels: opera

Are you part of the population who Twitters? According to statistics, you're probably not.* If you enjoy classical music, that's too bad, because there's a lot of musicians, composers, critics, professors, recording engineers, and enthusiasts who carry on a lively conversation about all aspects of classical music 140 characters at a time.

One of the things you missed was the #Operaplot contest. It's put on by Marcia Adair, a Canadian music writer known as the Omniscient Mussel (bonus points if you know which opera features that character).

The contest: sum up an opera in 140 characters or less -- actually less, because in order for your tweet to count, it must include the hashtag #operaplot (a hashtag is like a keyword -- it helps sort things quickly). The challenge was two-fold: tweeters had to come up with clever and innovative ways of summing up an opera, and readers had to figure out which opera was being summed up.

Tosca
Signora Floria. In the dining room. With the steak knife.

For a few days tweets were flying fast and furious, all compiled by Miss Mussel on her website. Brian Rosen was inspired to create a 30-second rap based on his entry. Especially funny if you're familiar with both Stravinsky and Vanilla Ice.

Oedipus Rex
Ego Rex,yo! With my mad flow. Tiresias be hatin on my bling tho. Cuz I’m the king, aint no other. Is my ho fly? Word to my mother!

The 2009 competition had a remarkable twist ending. It was won by Stephen Llewellyn for his summation of the Ring Cycle:

The Ring Cycle
There was a young lady called Fricka Who…who…*snore* Wake up and it’s over. It’s good, I just wish it were quicka.

Llewellyn donated his prize to a music teacher, and so because of this 140-character competition, Priscilla Barrow, a music teacher from Washington, DC received two premier seats to the Washington National Opera production of Turandot and attended the gala Washington Opera Ball held at the German ambassador's Residence in D.C.

Did I enter this year? Of course! Here's my entry:

Orfeo
Greek musician goes to hell and back. Wife only makes it halfway.

Will I win? Probably not. But I'll let you know once the winners are announced.

(*) If you still don't get the whole Twitter thing, I've written a short 5-part series that covers the basics.
Posted by Ralph Graves at 8:09 AM No comments: Links to this post