The Berlin Wall falls - and a celebration of Dame Joan too!

This Friday, Vivace begins with a delightful piano quartet by Prince Louis Ferdinand of Prussia and a symphony by Antonio Rosetti.

At 7:30 am, we'll do our part to mark the 25th Anniversary of the fall of the Berlin Wall, which occurs next Sunday, including an excerpt from a rare recording of cellist Mstislav Rostropovich playing at the Berlin Wall as it was being hacked down.  (Incidentally, do join my colleague, John Delehanty who will also mark the occasion on Sunday morning 6-9 am) 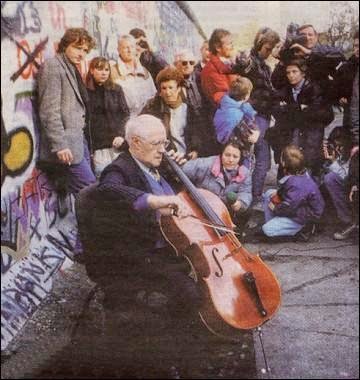 Just after 8 am, we have another treat for you: a special feature on the great opera singer, Dame Joan Sutherland on the 88th anniversary of her birth. 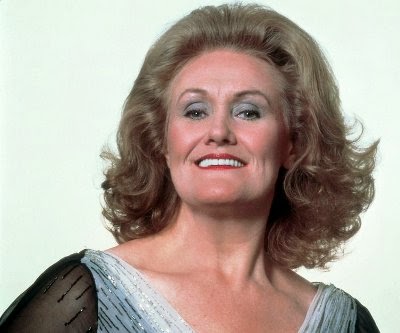 Of course, we'll hear Dame Joan singing for us, and my colleague, Tim Snider, host of the Sunday Opera Matinee, will also offer some insights into her magic.

As ever, I hope you'll join me for an extra-special edition of Vivace, this Friday, 6-9 am, here on WTJU-Charlottesville.
Posted by Unknown at 12:41 PM No comments: 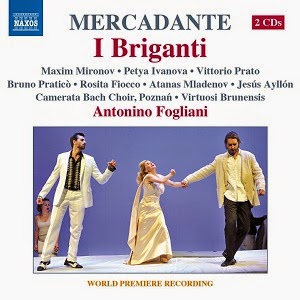 Saverio Mercandante has been characterized as the bridge between Rossini and Verdi -- and I Briganti demonstrates why. Completed in 1836, "I Briganti" was written partially in response to Bellini's "I Puritani."

This bel canto opera eschews self-contained arias for music that is more fully integrated into the drama. At the same time, it provides plenty of opportunities for singers to show what they're made of -- as is the case in this performance.

This world premier recordings captures the 2012 Rossini in Wildsad Festival production, with all pros and cons of live recording. The pros include the singing of the three principals, tenor Maxim Mironov (Ermano), baritone Vittorio Prato (Corrado), and soprano Petya Ivanova (Amelia). All three sing with confidence and energy, producing warm, rounded tones.

The cons include some occasional pitch problems in the chorus, and the overall recorded sound. The sound stage seems a little cramped, and the music sounded to my ears somewhat soft around the edges.

Nevertheless, Mercandante's music works its magic and I soon forgot my quibbles with the recording. Highly recommended for lovers of Italian opera. And if you can, listen to "I Briganti" and then Verdi's "I Masnadieri," a setting of the same story. Mercandante's opera compares quite favorably, particularly in dramatic structure and pacing.

Posted by Ralph Graves at 12:15 PM No comments: 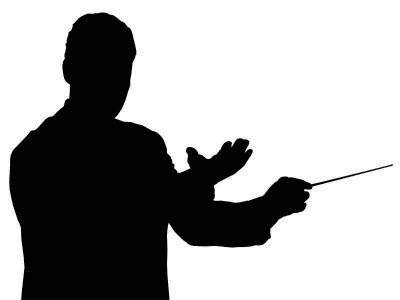 We're delighted to announce WTJU's new schedule for classical music.  Most of your favorite shows remain unchanged, but we have a few new goodies for you.

Novitas has replaced The Listening Room as our Wednesday evening show devoted to 20th and 21st Century music.  John Delehanty, who has a great deal of knowledge about modern music, will be bringing his expertise as he moves from Monday mornings to be the new host of Novitas.

Dawn’s Early Light will end on November 24, and after the Classical Marathon (December 1-7), it will be replaced by a new Monday morning show, Top Of The Morning, hosted by Andrew Morgan, which will begin on December 8.

On Friday evenings, Melodiya has ended and is being replaced with Fridays At Six, which is really two shows in one.  Starting on November 7, on alternate Fridays, Thom Pease brings his vast knowledge of the musical theater to present On With The Show, a program featuring music from Broadway musicals, operetta and anything else Thom finds to entertain us.  And on the other alternate Fridays, Julie Fowler presents Shaken, Not Stirred, a delightful mixture of joyful classics and film music to help you relax at the end of the week.  Francesca will be joining Deborah Murray to host Classical Sunrise on Sunday mornings.

We hope you'll enjoy the new program schedule. We always love to hear your comments and suggestions.  Here's the new classical lineup, as it will be after December 8:

Fridays
5-6 am Classical Prelude
6-9 am Vivace: Steve Myers
6-8 pm Fridays At Six:
On With The Show: Thom Pease
Shaken, Not Stirred: Julie Fowler
Posted by Unknown at 10:28 AM No comments: