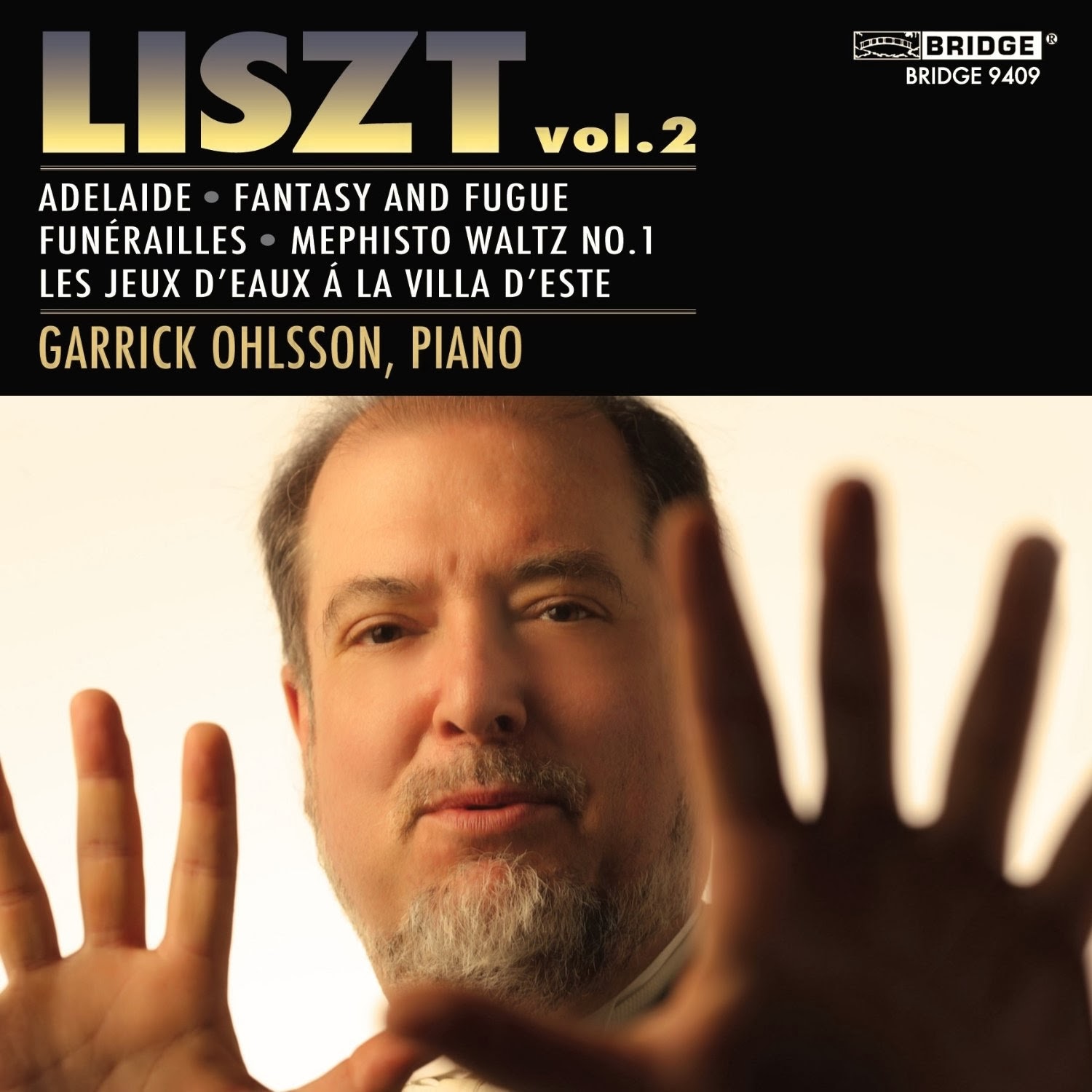 The challenge with playing Franz Liszt's piano music is finding that balance between technical brilliance and insightful musicianship. The technical challenges in the music are huge -- which is why so many pianists take them on. If you can play Liszt without breaking a sweat, you can play just about anything. But what sometimes gets lost is the reason for all those notes.

Liszt had tremendous piano chops, and he used them to express his musical ideas. Garrick Ohlsson understands that, which makes his new recording of Liszt piano works so exciting.

Mastery of the music is a given with Ohlsson. He moves beyond that to get to the essence of the compositions, and expresses those insights clearly and effectively. In "Adelaide," for example, one hears Beethoven's voice coming through Liszt's arrangement. Ditto with the "Fantasy and Fugue." Bach-inspired, Liszt-arranged, both composers are given equal weight in Ohlsson's performance.

Purely Liszt compositions, such as "Mephisto Waltz No. 1" have plenty of showy drama -- but it's not over wrought. Ohlsson keeps the fireworks in check, delivering one cohesive musical work after another. This may well be the Liszt album for people who don't like Liszt.

The recording itself adds greatly to the enjoyment. Ohlsson performs on a Bosendorfer Imperial, which has an extended bass register. That gives the overall piano sound added weight. Yet the instrument's recorded clearly with just enough resonance to give it a natural sound.