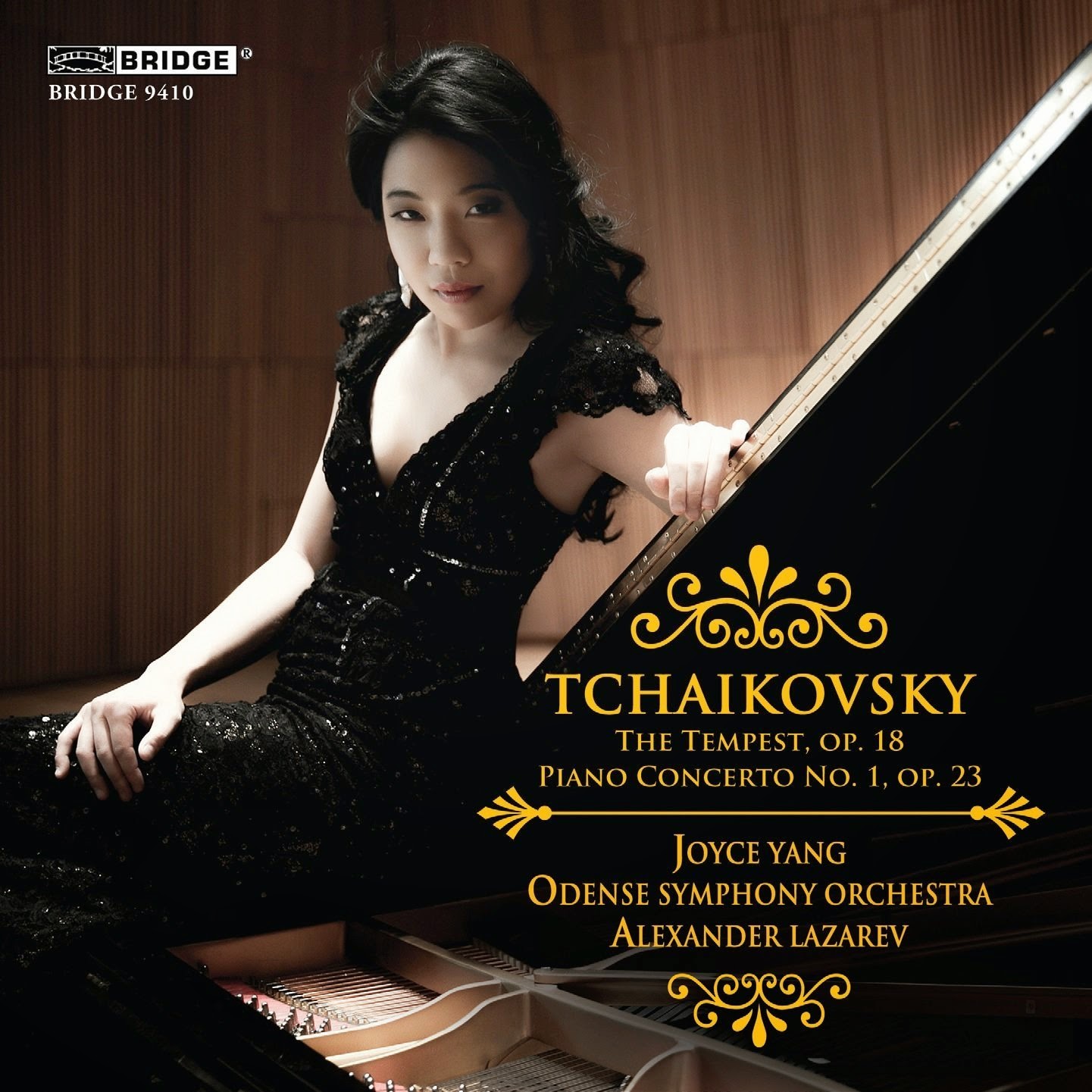 It seems every pianist has to record the Tchaikovsky 1st, and Joyce Yang's no exception. So how does her interpretation stack up against the others? In this live recording, Yang seems to approach the work from a fresh perspective, presenting the music on her own terms.

Yang avoids the temptation of bombastic drama. She can play with plenty of power, but it's always under control. Her fluid technique was especially well-suited to the lyrical middle movement, which seemd to take on a warm glow somehow.

Because it was a live performance, one could hear little irregularities that are missing in studio recordings -- such as Yang's occasional grunts and sharp intakes of breath. Rather than distract, to me they added to the intensity and authenticity of the performance. I had no doubt that Yang was fully committed to the music she was playing.

Included on this release is another Tchaikovsky work, The Tempest, Op. 18 -- a welcome relief from the usual fillers. This 1873 tone poem is based on Shakespeare's play of the same name. While similar in sound to Tchaikovsky's "Romeo and Juliet," the relative unfamiliarity of the work keeps the drama and big tunes sounding fresh and exciting.

As good as this disc is, I do have one quibble. The recording sometimes sounds a little hollow, especially when the full orchestra's playing. Some of the detail of the ensemble gets washed out (although it returns in quieter passages).
Posted by Ralph Graves at 8:00 AM