Silverman: Between the Kiss and the Chaos - beyond genres 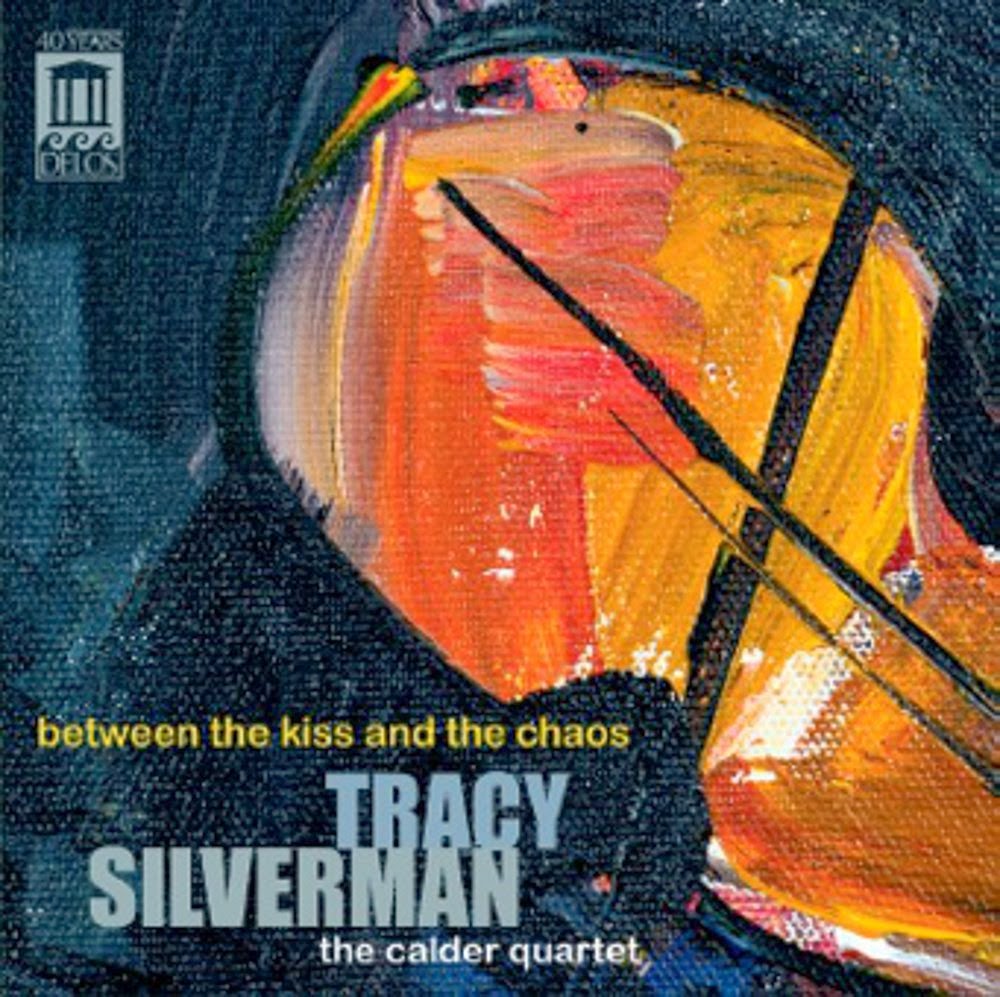 There's nothing like a composer performing his own music. Especially when it's so dependent on the performer's artistry. Electric violinist Tracy Silverman manages to not only bridge the worlds of classical music and rock, but does so in a way that makes the blending sound effortless and natural.

The title track is a concerto for electric violin and string quartet. Silverman makes the most of the contrast between electric and acoustic instruments, as well as blending them together so effectively one can't separate them. Each of the five movements uses a different artist (and a signature work by them) as a starting point for Silverman's explorations.

Personally, I thought the second work on the album, "Axis and Orbits," to be even more interesting. This set of four pieces is written for solo electric violin and loop pedals. I've sat through plenty of live performances where the musician first sets up the loops and then starts into the work. It's not always pleasant. Silverman has too, apparently, and has been careful to incorporate the loop-building process into the composition. So from the moment you hear sound, the music has begun. Silverman accomplishes his goal so artfully that one sometimes isn't aware that it's just one person playing -- and playing live. I can think of more than a few guitarists who could learn from his example.
Posted by Ralph Graves at 8:00 AM