Hoffmeister and Hummel, Mozart and Salieri

This Friday on Vivace, we'll have some melodic treasures to share with you.

In the first hour, there will be a rare broadcast of Hubert Parry's Symphony No. 1 in G-Major which has not been played on WTJU since we started keeping records  And after that, we'll hear a short work by Anton Bruckner - really!  Such things do exist! 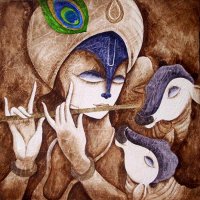 After 7 am, the emphasis is on sweet, melodious music.  We have a superb clarinet concerto by Franz Anton Hoffmeister, an Impromptu by Vorisek and a remarkable serenade by Johann Hummel.

And after 8 o'clock, we'll hear some exquisite music by two composers wrongly thought to be fierce rivals who were in fact friends: Mozart and Salieri. 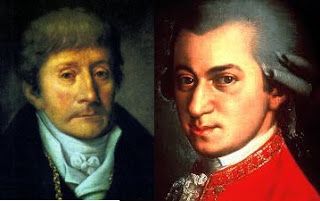 In reality, Antonio Salieri was one of the few mourners who attended Mozart's sparse funeral and later trained Mozart's son, Franz Xaver, as a musician.  We'll hear music by both of them as well as a violin concerto by Johann Stamitz and a piano sonata by Haydn.

So do join me, as ever, for Vivace, Friday morning, 6-9 am, on WTJU-Charlottesville, 91.1 FM for three hours of Vivacious fun!

You can also replay the program anytime from the WTJU archives. The program will be available for replay through 9/12/13
Posted by Unknown at 4:50 PM